Interview with Yann Hérault: scientific research on model mice for Down Syndrome. 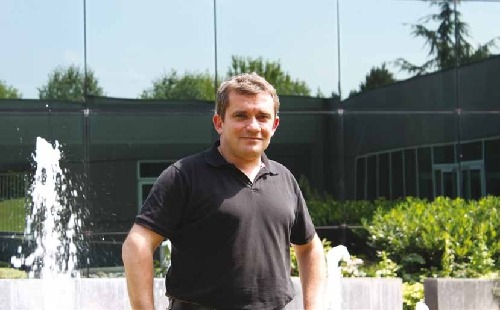 He is preparing tests to evaluate the activity of a family of molecules patented by the Jérôme Lejeune Foundation at the end of 2011 within the context of its research programme, CIBLeS21. Yann Hérault agreed to open the doors of his laboratories to us… 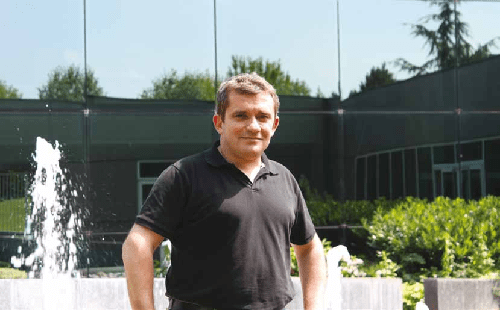 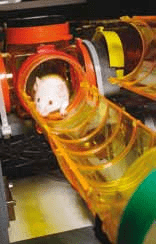 He is preparing tests to evaluate the activity of a family of molecules patented by the Jérôme Lejeune Foundation at the end of 2011 within the context of its research programme, CIBLeS21. Yann Hérault agreed to open the doors of his laboratories to us…

To conduct the tests, will you be using the famous model mice for Down Syndrome, the Ts65Dn ?

Yann Hérault : No, it is not possible because these mice do not have the CBS gene on their extra chromosome. However, the family of molecules which are to be tested interests the Jérôme Lejeune Foundation because it can potentially inhibit the CBS enzyme, expressed by the CBS gene. Indeed, in humans, this gene is present on the chromosome 21. The CBS enzyme is present in excess in people with Down Syndrome, which leads to the overexpression of the CBS enzyme.

The Foundation, starting with the supposition that this overexpression is partly the cause for intellectual disability, has therefore looked for an inhibiter for this enzyme. The family of molecules which is selected is said to inhibit the CBS, but it now time to try it on animals whose CBS overexpress. As demanded by the Jérôme Lejeune Institute, we have therefore made, inside our laboratory, mice « with Down Syndrome » which have 3 CBS genes; Ts1Yah model mice.

How did you proceed to create these new model mice?

It takes 2 to 5 years of work to create a new model mouse. To succeed, we genetically manipulate mice. It consist in intervening directly on mice embryonic stem cells and then implanting the new modified cells in the embryos. In this case, we had to start over three times before a mouse which had 3 CBS genes was actually born. We then crossed it with other mice in order to obtain a line of mice carriers of the genetic particularity we were interested in.

Have you noticed any particular disorders in these mice whose CBS overexpresses ?

Yes, by running tests to note possible consequences of an excess of the CBS gene, we clearly noted they have learning and memory disabilities. These results clearly lead towards a validation of the hypothesis which Pr. Jérôme Lejeune made years ago which is that the CBS has a role in intellectual disability.

In order to test the family of molecules which has been patented, how do you proceed ?

At first, we will compare the behaviour of the mice treated with this molecule with those who have not been treated. Thus, we shall see if their performances are back to normal or not. If they are, we shall carry on with more complex trials on a longer term, etc.

How, concretely, is the evaluation of mice behaviour carried-out ?

We will evaluate their short time work memory in learning tests. For the first one, we shall put up a labyrinth in the shape of a Y. We will then check if it goes back down the same branch when getting back to the junction, or if it heads towards the one it does not know yet. If it visits the one it already knows again, it means it has work memory disabilities, i.e., the memory one uses when dealing with action. In order to evaluate short term memory, the mouse is placed in a 50 by 50 centimetres enclosed open space in which two objects have been placed. It explores them both.

An hour later, we put it back in the open space with 2 objects, one being new. And we observe, if it explores both objects in the same way or if it spends more time exploring the new object, showing by this that it remembers the other. These tests, carried out on many mice, will be subject to very precise measures regarding the length of the actions, their repetition, their intensity, etc.

What are the conditions in which these trials are carried out ?

Laboratory work with animals is always carried out under a very strict regulatory framework, in regards to ethical as well as environmental, methodological, etc., aspects. Apart from that, this new series of tests on the patented molecule, starting next June, should last a year.

Come back for the results, during the summer of 2013!

Why are mice used for testing medicine ?