New scientific publication from the Institute

The work led by Prof. André Mégarbané and his teams was published in the journal: European Journal of Human Genetics. 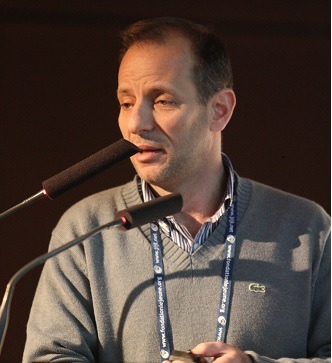 The work led by Prof. André Mégarbané and his teams was published in the journal: European Journal of Human Genetics.

Professor, we are glad to hear about the recent publication of your team’s work about the expression of genes in patients living with Down Syndrome with various intellectual capacities, in an international scientific journal.

What idea did you start off with?

The aim of this project was to determine, recognise and exploit the genomic information proper to people living with Down Syndrome in order to determine the cause or causes that could explain the great variability of intellectual capacities in people affected by Down Syndrome

We thus had the idea of following the variations in the expression of the genes in patients who had more or less important intellectual capacities. Thanks to the generosity of the patients affected by Down Syndrome, we were able to collect the biological constituents from blood samples, essential to our study.

We were able to analyse the expression of the genes expressed in patients affected by Down Syndrome and  living with a more or less strong intellectual disability (according to IQ criteria) and in healthy patients. The analysis of the level of expression of the genes expressed was done from the patients’ transcriptome. In a given sample for a given patient it was thus possible to define what the expression profile for characteristic genes was.  It was, therefore, possible for us to compare the profiles of several samples and to understand the differences in the genes’ expression for different groups of patients.

What are the main discoveries of your research?

The initial aim was to find new therapeutic targets which could lead to developing new innovating medication as well as a longitudinal follow-up of the patients. In other words, to be able to adapt the treatment to the patient’s needs and encourage the use of potential new therapeutic approaches.

Our approach enabled us to write a list of the genes expressed in 2 groups of adult patients (from 18 to 40 years old) in “stronger” against “weaker” intellectual coefficients and development.

A total of 80 potentially interesting genes were selected after analysis of the transcriptome. Two genes of the HLA, HLA DQA1 and HLA DRB1 system showed very significant differences in their expression between people  living with Down Syndrome with a higher IQ and those with a lower IQ.

The HLA group has already been described as being a potential risk factor for certain pathologies for people carrying Down Syndrome, such as celiac diseases.

However, according to what we know, no link has ever been established between intellectual disabilities caused by Down Syndrome and the expression of the genes belonging to the HLA system. We now need to dig deeper in order to understand in what way and why HLA-DQA1 and HLA-DRB1 bio-markers are capable of predicting a difference in the IQ of Down Syndrome patients.

Several genes are presently candidates for intellectual disability (CBS, APP…) because they are carried by the 21st chromosome in triplet. What have you discovered concerning the expression of these genes on which others are already working on?

Indeed, we are interested in genes on which research work has already been initiated. We have noticed that the enzyme CBS (cystathionine β-synthase) is overexpressed in the group of patient with a lower IQ compared to the group with a stronger IQ; hence the importance to carry on the research regarding CBS inhibition in people carriers of Down Syndrome. This research is led by the Foundation’s research programme CiBLeS21.

According to our results, the APP gene (for Amyloid Precursor Protein) is also overexpressed in the group with a lower IQ. However, it is known that an excess of APP can generate an accumulation of amyloid plaques in the brain and can cause Alzheimer.  Finally, this study enabled us to better understand previous observations. Indeed, we analysed GART gene, which codes for an enzyme that plays an essential role in purine bases biosynthesis ( constituent of DNA and RNA), and we were able to understand certain of the observations made by Prof. Lejeune and Dr. Marie Peeters in 1993 about some of their patients  living with Down Syndrome and who presented psychiatric disorders.

What are your future plans concerning this research work?

We may only have been able to analyse a limited number of patients selected from the Jérôme Lejeune’s clinical database… but we wanted to initiate this new kind of approach in order to help other searchers working on Down Syndrome to select potential therapeutic targets faster.

The publication of the results is an acknowledgment by the scientific community of the quality of the study and its interest in the comprehension of genetic factors related to intellectual disability. We will continue the research with the intention of being more precise and confirm these first results, hoping to extend the study to a larger group of patients. What’s more, the comparisons were about the differences regarding the transcriptome. We will, later, be able to confirm this data by the quantification of the final products of the expression of the genes, i.e., proteins. Identifying the genes strongly involved in intellectual disability in order to do all we can to regulate the protein that need targeting is essential in the therapeutic approach supported by the Jérôme Lejeune Institute. Fundamental research is progressing in order to better precede clinical research!

• Genomics is the full study of genomes, i.e., the totally of the characteristic genes of a living organism.
• The Intelligence Quotient evaluation or IQ is a tool that enables one to measure intellectual capacities according to standardized tests.
• Transcriptome is all intermediary products (or “transcripts”) of genes’ expression; the RNA messengers (ribonucleic acid messenger), which are the basic elements for the synthesis of cellular proteins.
• The HLA system (Human Leukocyte Antigen), first discovered in white blood cells, is essential to the body in its defence against infections (immune response) and in rejection of transplants. It is made up of major histocompatibility antigen molecules present in the cells of our organism and specific for each individual.
• A biomarker is an indicator of whether a process is normal or pathological (for example the level of glucose is an indicator for diabetes). It can also reveal the effect of medication on the organism.
• An enzyme is a substance whose activity modifies the properties of other molecules. For Down Syndrome, The CBS enzyme being overexpressed, the molecules it modifies find themselves excessively submitted to its action which leads to an imbalance in the organism.